A tour in the Ministerial District of the New Administrative Capital.. An ancient architectural theme with a modern spirit..

includes the cabinet building and 34 ministerial buildings, along with a number of other buildings, such as the administrative control, the Passports Authority and others, is considered the icon of that modern city. 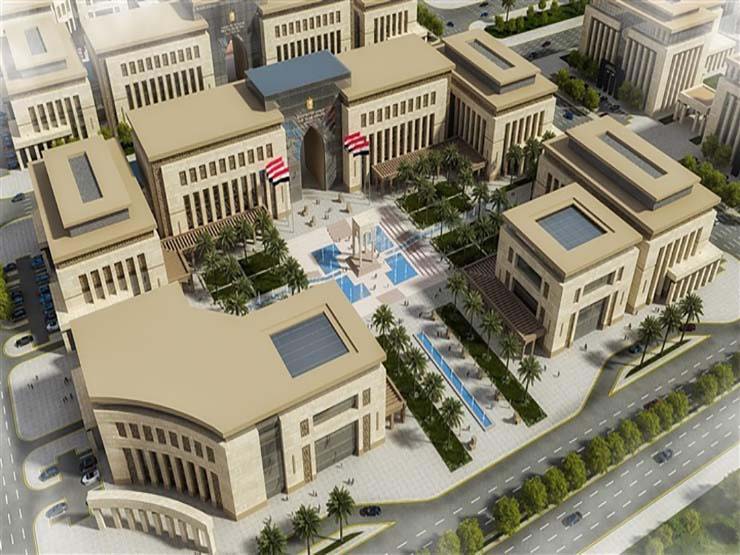 The implementation rate for all buildings has reached 90%, currently, the internal and external finishes for buildings and offices  are about to be completed, in addition to the landscape works for the internal squares and the “People’s Square” in the middle of the ministries’ buildings, and the green spaces in preparation for transferring of about 50 thousands ministries’ employees, who will be transferred in stages. 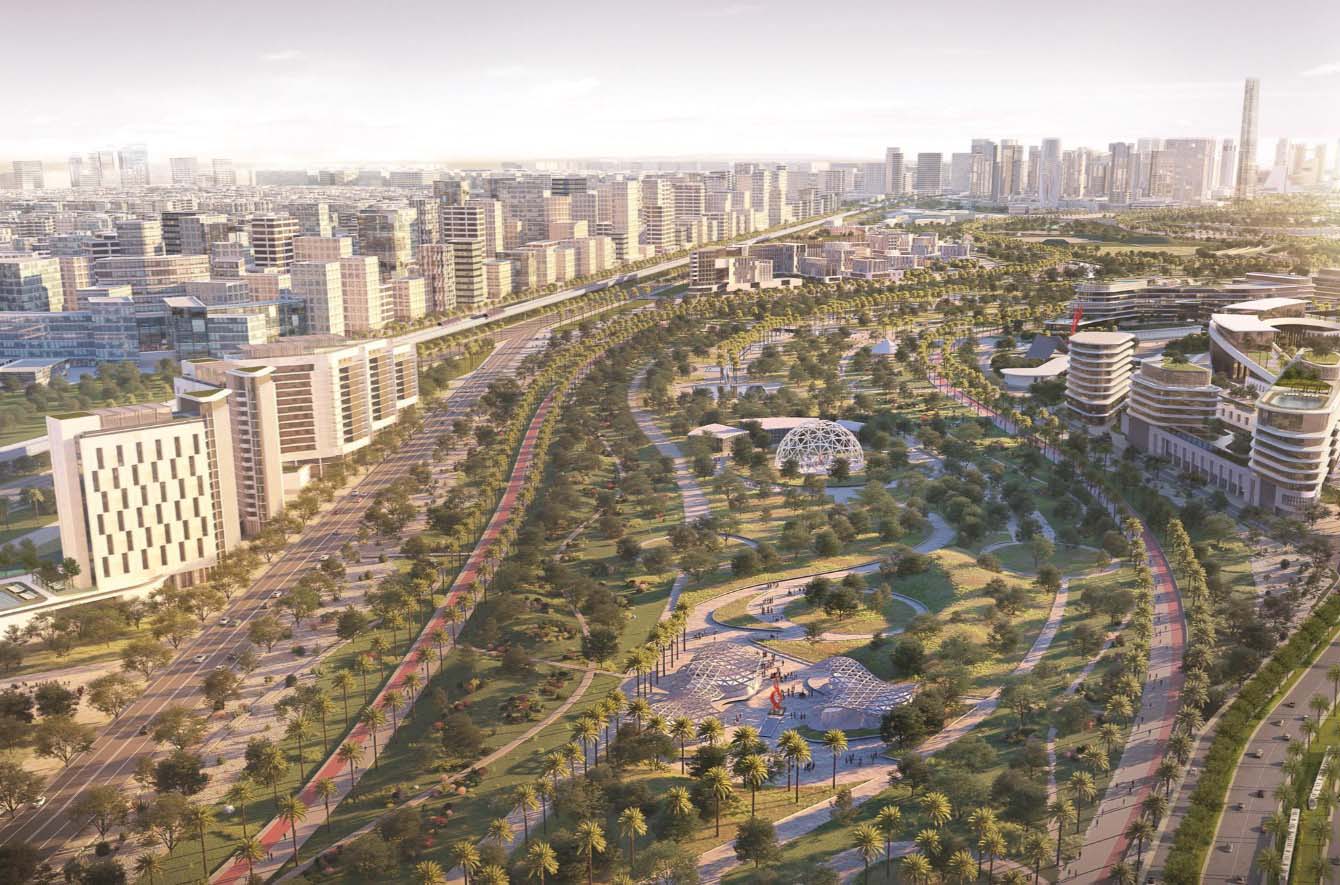 Engineer Wael Rajabi, director of the ministries district project and supervisor of 4 buildings that are being implemented inside the government’s district by Al-Rowad Construction Company, says that the construction works for the buildings have been completed and the external facades of the buildings, which consist of marble and glass, are now being completed.

He added that the company is responsible for implementing 3 ministerial buildings: ministries of "Education, Higher Education and Endowments", in addition to the New Administrative Capital Company headquarters. 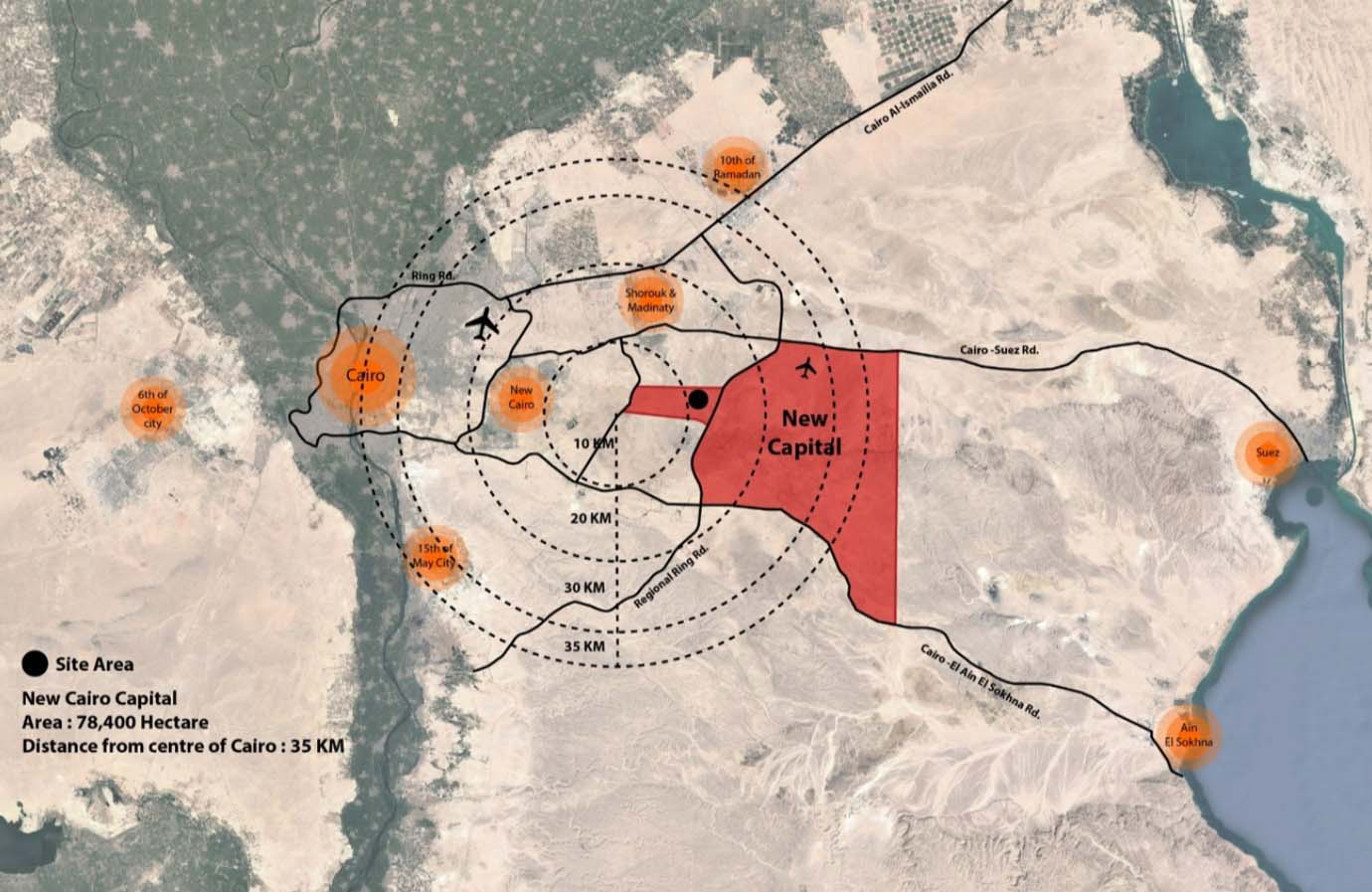 The director of the ministries neighborhood project of the Pioneers Company for Construction and Development stated that buildings consist of 2 basements, a ground floor, and 6 recurring floors, while there are buildings with 8 floors, indicating that the design came to the company with  the required spaces , number of employees and their placement plan according to each ministry needs, pointing out that implementation of each building is on an area of 24 thousand meters 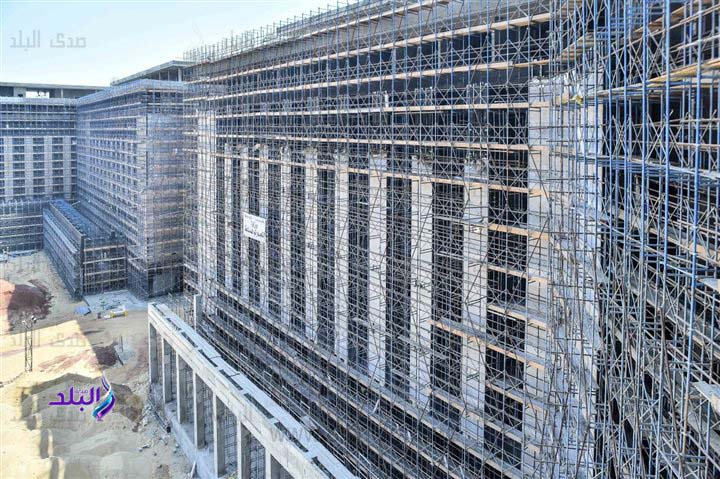 12 of the biggest contracting companies in Egypt operate in the district, most notably is the Arab Contractors company, which is in charge of implementing the House of Representatives building and Orascom Company, which is implementing the Cabinet Building, next to the companies of SIAC, Samcrete, Hassan Allam, Nasr Contracting, the Red Sea, Talaat Mustafa, Gama, Al-Rowad.

The first phase of the Administrative Capital project, in which the government district is built, will be constructed on an area of 1,133 Acres (equivalent to 4.8 Million Square Meters). 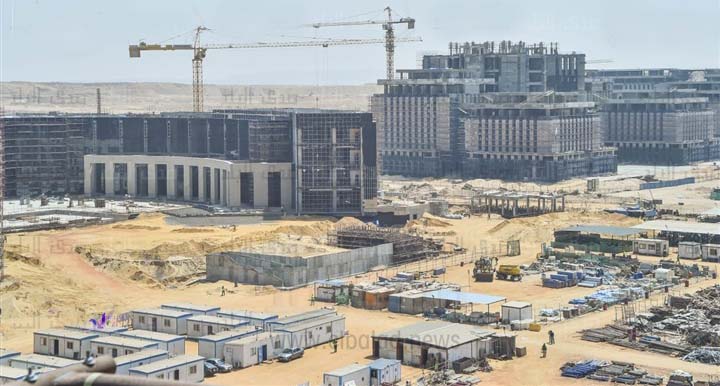 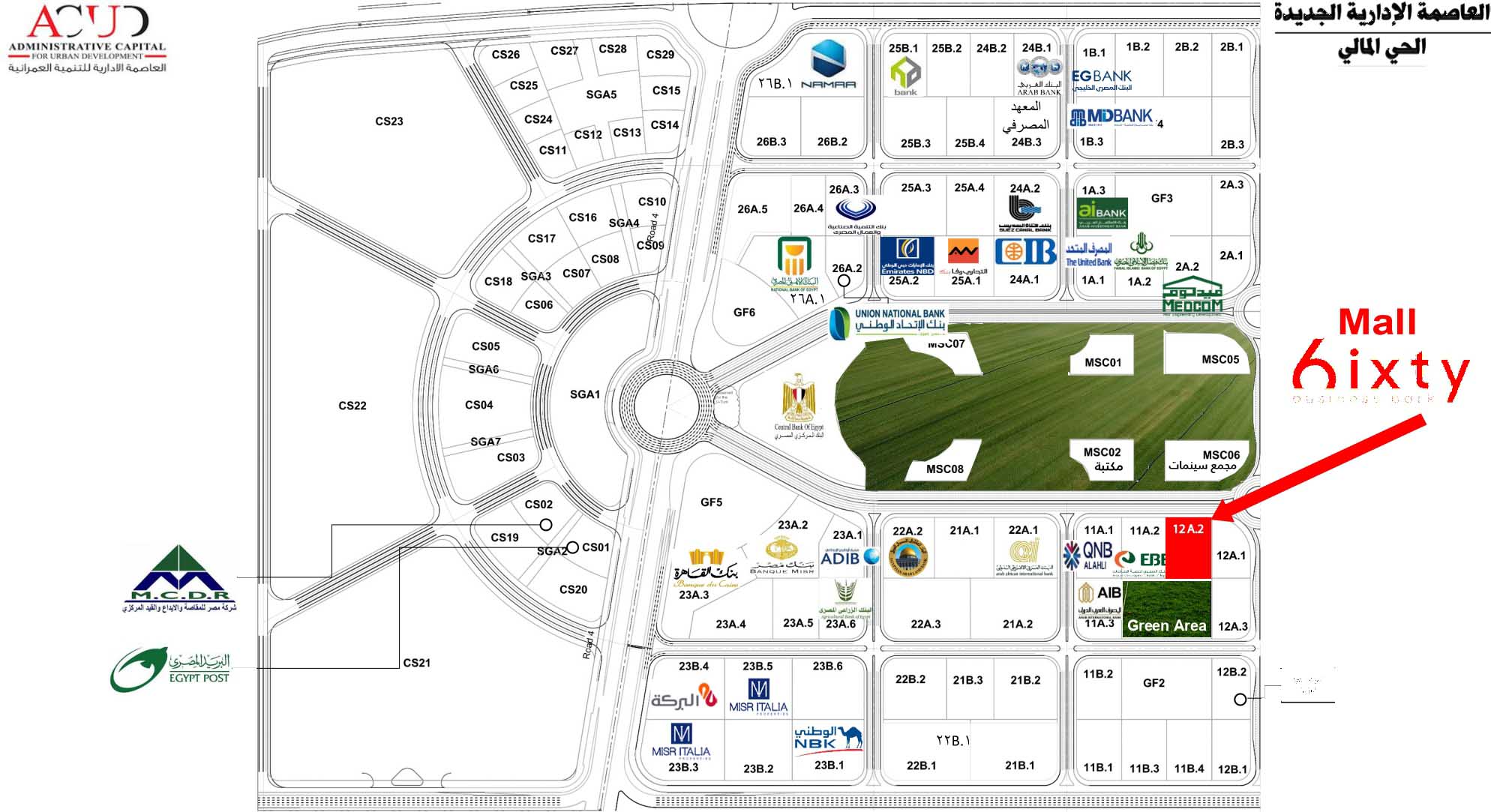 The government district is located 15 minutes from the residential neighborhood and 10 minutes from the church building and the Al-Massa Hotel, which are located in the heart of the first phase of the New Administrative Capital, and the House of Parliament building is located on the opposite side of the Cabinet building, and on the right side is the Presidential Complex while the central area has been designated to house the ministries' buildings.

And by wandering within the Ministerial District, the magnitude of the construction and the nobility of the buildings appear, where the buildings are covered with light-colored marble with the use of glass in a distinctive way that attracts attention, as marble workers race to finish the facades of the buildings. 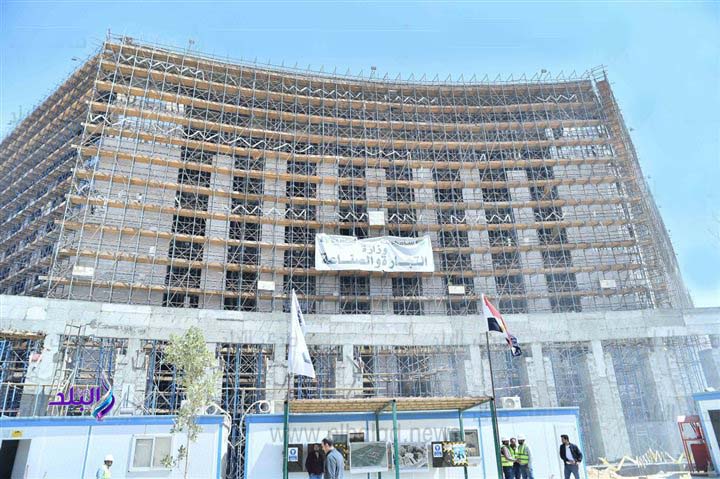 Near the Ministerial District, at the cost of 4 Billion EGP, two buildings are being implemented, the first for City Command and Control (CCC), it consists of a basement, a ground floor with an area of 12627 meters and 7 recurring floors.

The other, is the City Operation Centre (COC), it consists of a basement and two floors and this project would be unique in the Middle East. Everything related to the works of the Administrative Capital will be fully controlled, through camera monitoring and traffic lights control.