The New Suez Canal, the first step towards developing of the canal and Sinai regions.

Project Objective: Reduction of ship-crossing time through the canal to achieve more profitability.

Construction of the New Suez Canal from quantum 60 to quantum 95 (canal numbering) in addition to expanding and deepening of the great lake’s branches and El-Ballah branch with a total length of 37 Kilometers (total project length is 72 Kilometers).

Digging a new parallel canal to maximize utilization of the canal and its current branches with the aim of achieving the greatest percentage of duplication of ships' crossing in both directions without stopping in waiting stations across the canal, which reduces the transit time for the passing ships, and to increase capacity for passage of ships, in the light of the expected growth in the magnitude of global trade in the future. It is also associated with the Suez Canal region development project, raising the degree of confidence in the canal as the best international shipping corridor and reducing the possibility of thinking about alternative competitive channels in the world and the region, it also raises the degree of confidence in Egypt's willingness to succeed in the Suez Canal Axis development project.

All of the mentioned earlier reflects on increasing Egypt’s national income of hard/scarce currency and pouring directly into the state’s treasury, providing the largest number of job opportunities for the Egyptian youth and creating new urban societies. 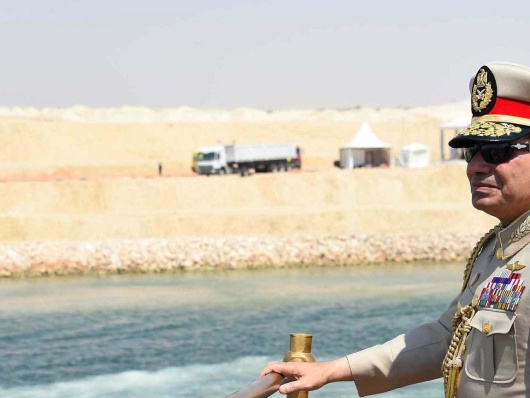 Increasing the Egyptian national income from hard/scarce currency. Achieving the largest percentage of duplication in the Suez Canal and increasing it to 50% of the length of the shipping channel. Reducing the transit time to 11 hours instead of 18 hours for the northern convoy. Reduction of the wait time for ships to pass to become 3 hours in the worst-case scenario instead of (8 to 11 hours), that reflects on cost reduction for the cruise and shipowners and raising the Suez Canal’s value contributing to increase the demand to use the canal as a major global shipping corridor and up-ranking it. It would also increase the capacity of the passing ships in the canal to meet the expected growth in the magnitude of global trade in the future. It is also an important step on the way for the Suez Canal Axis project and the region to succeed and advance the Egyptian national economy to transform Egypt into a global trade and logistics center. 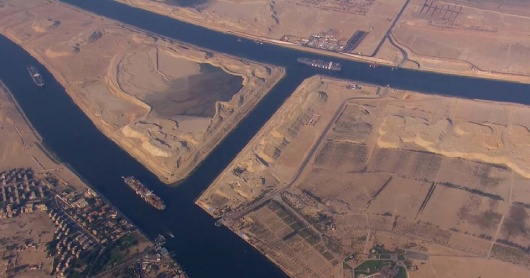 Revenue and results achieved from the project:

Increasing the capacity of the canal to accommodate 97 standard ships in 2023 instead of 49 ships in 2014.

Achieving the direct non-stop transit of 45 vessels in both directions with the possibility of allowing ships to cross up with a draft of 66 feet in all parts of the canal. 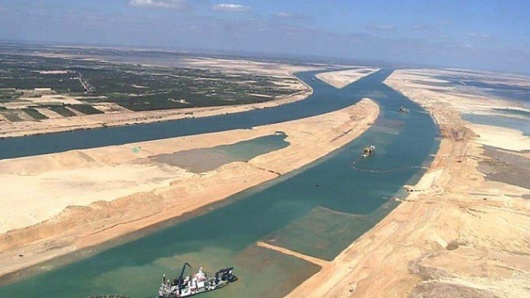 Increasing the Suez Canal revenue by 259% in general by 2023 to be 13.226 Billion USD compared to the current revenue of $ 5.3 Billion USD, which leads to a direct positive reflection on the Egyptian national income from hard/scarce currency.

Maximizing the competitiveness of the canal and distinguishing it from similar channels.

Raising the international classification of the maritime course due to the increase in the rates of navigation safety during the passage of ships. 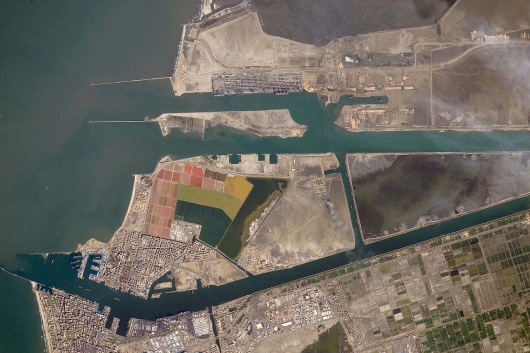 The amount of dry-drilling works reached 258 million cubic meters, at an estimated cost of 4 Billion EGP.

The lengths of linear cladding reached 100 Kilometers, at a cost of 500 million EGP.

Data of the completed works

1- Expanding and deepening the current western branches to a depth of 24 meters to allow vessels up to 66 feet of draft, including:

The western branches of the Great Lakes: about 27 Kilometers.

The western branch of Al-Balah: about 10 Kilometers.

2- Drilling a parallel shipping channel, about 35 Kilometers long, with the following specifications:

- The width of the water surface is 317 meters 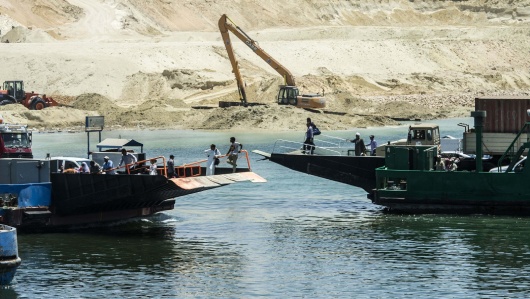