Khufu Plateau … the most important urban planning project in Giza

The most distinguishing character of Egypt, is its ancient history, and the most distinguished part of this history is its Pharaonic civilization, and the mosts important icon of this civilization is the pyramids: this lofty, exceptional architectural legend that there is no alike in any other civilization around the globe. On this basis - perhaps because of its location near the Grand Egyptian Museum that is due to open soon - it came to thinking of developing the Pyramids plateau, which is one of the most important national projects in Egypt, which is consideration has begun in 2009 under the name of “Khufu Plateau”, it will turn the Pyramids’ antiquities area into a global tourist attraction site.

Implementing the project began in January 2009, it came as part of the strategy of preserving the archaeological and natural heritage of the plateau as well as raising the quality of the visitor's experience.

The overall vision of the scheme

The project supervisors emphasized that within today’s framework of determinants, and the historical significance of the site, the plan has relied on dividing the site and its archaeological area into zones, assuring the preservation of its nature, conditions and data of each zone with the possible and appropriate activities. The studies were concluded by identifying 3 basic zones which are;

- "The Heritage Zone": which is the area direct to the archaeological site, including the apparent antiquities and areas subject to potential archaeological exploration, in addition to natural locations that have witnessed activities in 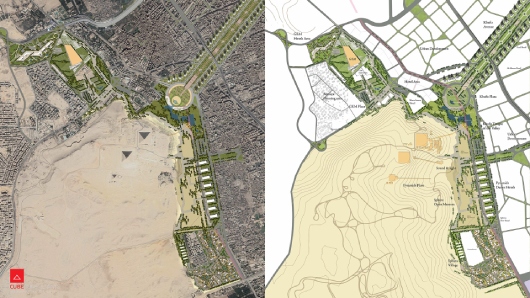 -        The third is "The Transitional Zone", which is an external area used for transitioning within the boundaries of the site, as the negative impact of the development requirements, services and tourism activities on the archaeological site is visual only. 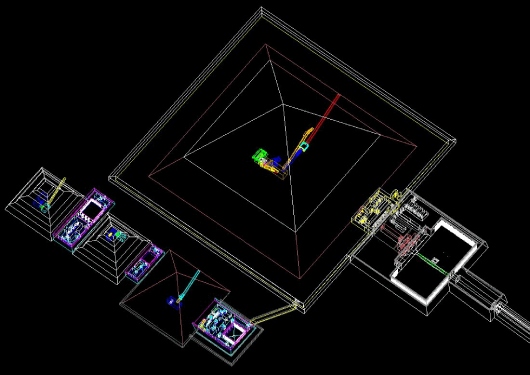 The main axis of the plan came as follows: “One center located in the third zone - the external/transitional zone - could be accessed via the new entrance through El-Fayoum Road, where Info Desk and Ticket Outlet are situated along with tourist services’ office and bathrooms. As well as designated parking spaces for tourist and school buses right outside the visitors’ center. 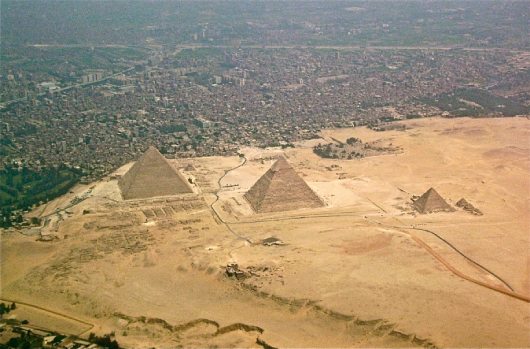 The visitors’ center is considered as a transit station or corridor from the external zone to the archaeological zone, where visitors will be able to use an eco friendly trackless electric train, to move between different sites in the area according to the visits programs. 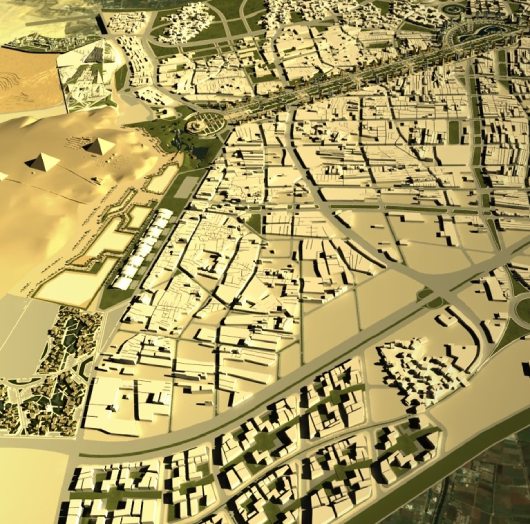 Organization and coordination between all vehicles, buses, administrative and tourism buildings, as well as entertainment activities with the provision of guiding and informative signs.

Relying on pedestrian movement by designing appropriate pedestrian paths, while allowing only constructions and activities that do not negatively affect the image and historical vision.

There will be one visitors’ center as a transitional zone, that can be accessed via the new entrance of Cairo-Fayoum Road on an area of about 4000 square meters. It consists of: the entrance area which contains the entrance hall, ticket outlet, a cinema exhibition hall, a museum exhibition hall, a library, as well as building and visitor services. Also, It contains an area of 500 square meters designated for use as markets, cafeterias and activities to increase the income of antiquities and increase the national income. 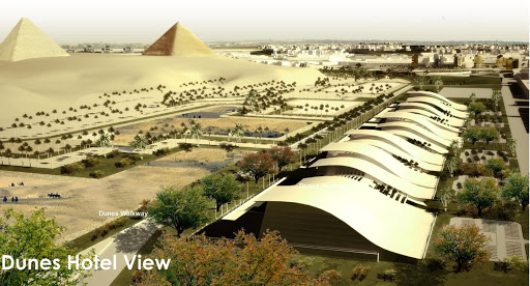 The exercise area, horseback riding zone and the market zone are designated in the scheme as part of the third/external zone of the project, at safe distance away from the archaeological site and its field, and separated by a security fence, and a special entrance is being developed and designed to enter it through Nazlet El-Semman and Kafr El-Gabal, for the local community that counts on those recreational activities like horseback riding and camel riding, as well as marketing and selling souvenirs.

The sound and light zone; the plan adopts relocating the open theater for sound and light shows and its services to the borders of the external zone, at the fences of the current area, thus being able to remove all the facilities from the Sphinx campus and the archaeological excavations area. 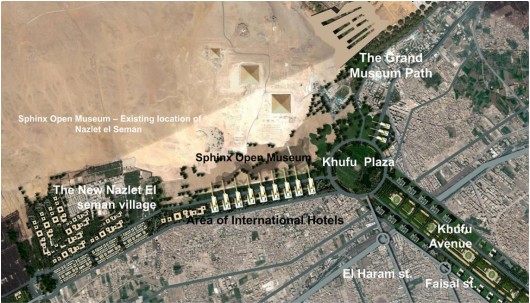 The plan adopts developing an external ring path for authorized motor vehicles movement in the region, for the purposes of communication, connection and serving the three administrative sectors, and other essentials determined by the project’s program and included in the plan,within the political vision to transfer all of service and administrative buildings and facilities to outside the archaeological site and its direct field, and the provision of alternative sites in the external zone of the area.